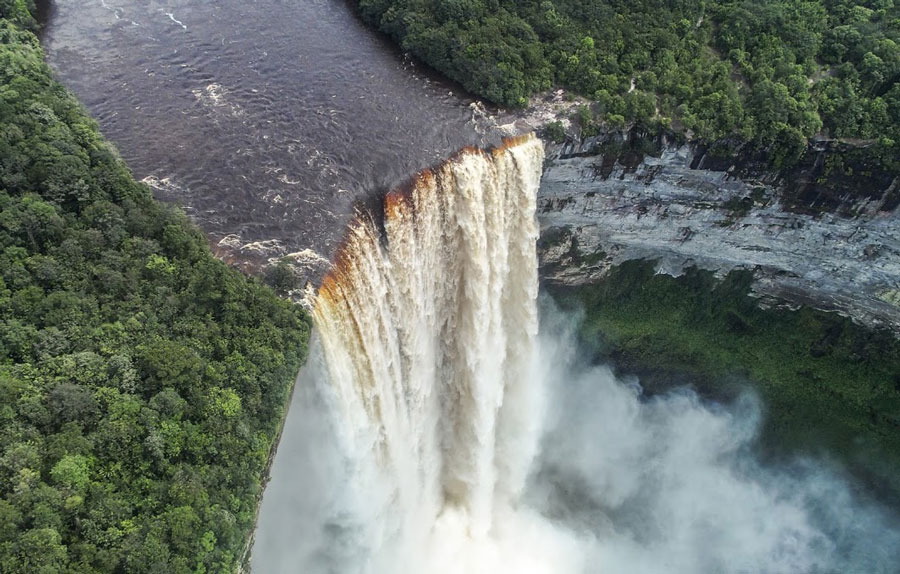 For many a traveller, a South American hit list is topped by the likes of Brazil, Argentina or Colombia. Some may opt for Bolivia; others Chile, or Peru. Few are even aware of a country called Guyana.

While there is no denying each has its own Southern draw, Guyana seems to attract a far lesser crowd. And this, my fellow travellers, is the reason you need to head this way as the rest of the world makes its way to the Rio Olympics; or its annual carnival. With less than a million inhabitants (and an average 3,000 visitors per month), the ‘Land of many waters’ has such a rich abundance of untapped beauty it conjures a feeling that early explorers must have experienced (really).

Nestled in the north-east corner of South America, the continent’s third-smallest nation (after Suriname and Uruguay) is perched between Suriname and Venezuela to the east and west respectively, atop Brazil which sits to the south. It is the only English-speaking country on the continent, and its pristine environment, rich culture and an off the beaten track vibe make up for a dream getaway for the adventurous at heart.

Climate and Best Time to Visit

Guyana experiences an equatorial climate, which means it’s hot throughout the year.

Maximum daytime temperatures average 29˚C across the year, and 24 Celsius at night. The interior and the coastal belt experience distinct climatic patterns, with the latter’s averaging 18-34˚C, with a cool, relieving afternoon South American sea breeze from the Atlantic.

The country has a generally high humidity, but it’s at its worst during the wet seasons when saturation hits levels above 90 per cent. The rainy season on the coast falls between May and mid-July, then mid-November to mid-January. The interior experiences heavy rains that last between May and August, with lighter showers (aka cashew rains) falling for a few weeks towards the end of December.

The ideal time to visit will depend on the activities you have in mind, and of course, personal preference. The dry season tends to be hot, while the wetter months are cooler, albeit more humid. Travelling during a rainy season is not the most wonderful thing in the world, unless you’re the biggest fan of boat rides, which (by the way) tend to be magnificent around here. This is largely thanks to the unbelievably rich natural surrounds (don’t forget Guyana boasts one of the Amazon’s best stretches).

What to do in Guyana

One thing you’ll notice with Guyana is this tranquil vibe which perhaps can be explained by the lack of crowds, whether locals or tourists. And this could only mean one thing – you’ll find yourself enjoying some of the most breathtaking natural splendour alone, or in the company of just a handful. It’s perfect for anyone looking to get in touch with their inner selves, sans that boring, trite touristy feel.

Here are some of the unmissable highlights in this undiscovered gem of South America:

Kaieteur Falls: Located on Potaro River in the middle of a vast wilderness, the Kaieteur Falls is the widest single drop waterfall in the world (top image), dropping over 250m (800 ft). Picture that for a minute…

Shell beach: Offers the chance to get up and close with one of the planet’s largest reptiles, the leatherback turtle, which can weigh up to 750kg! It’s a monster. 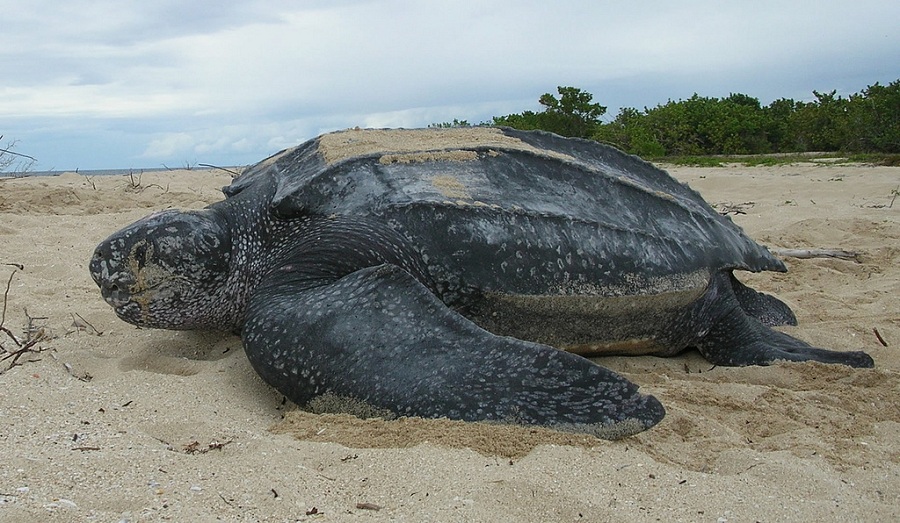 Rarest animals in South America: Guyana is home to some of the rarest animals on the continent, including tapirs, black caimans stretching 5 metres in length, and giant anacondas. It’s also home to over 800 bird species (including the Harpy Eagle, one of the planet’s largest), giant river otters, eight monkey species, and the jaguar. If you’re lucky, you’ll witness the Guianan Cock-of-the-Rocks courting females with its colourful jig. 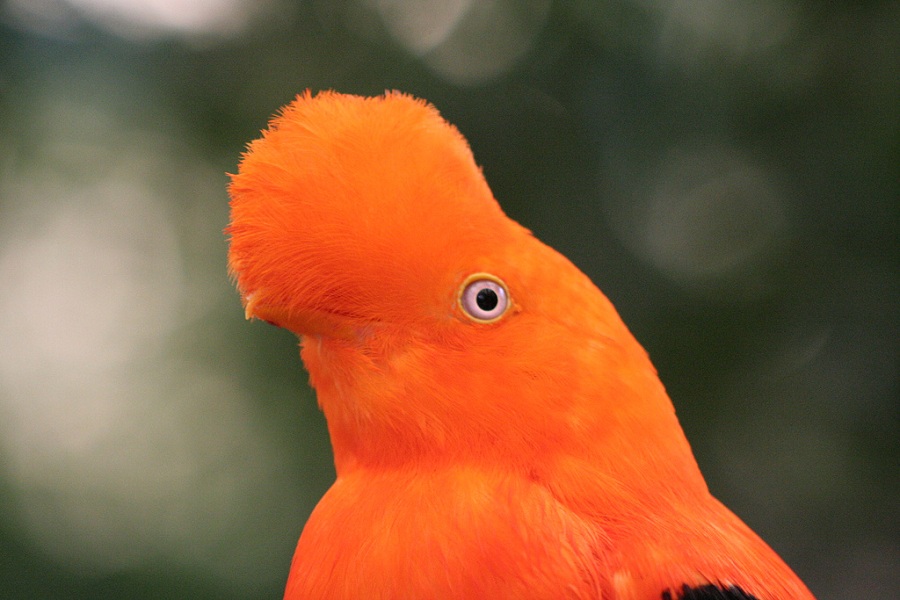 St George’s Cathedral: Standing 43.5 metres tall (143 feet!), the Anglican cathedral is one of the tallest wooden structures in the world. The impressive and inspiring church gleams in stark white, and has an interesting history dating back to 1810. A must-visit. 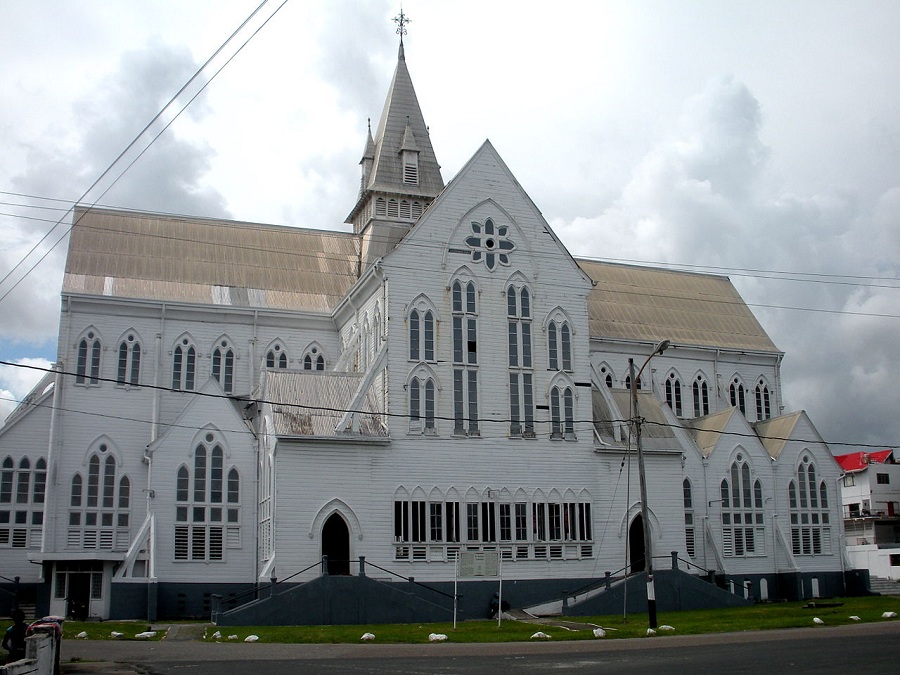 Georgetown: May be far from the most breathtaking city in the world, but the garden city has a charm of its own. Devoid of high-rises, the capital is mainly made up of wooden buildings and is a perfect marriage of South American and Caribbean influences. You’ll often come across horses pulling carts and hordes of parrots (including the ostentatious macaw) flying overhead. There is an abundance of small markets, cafes and restaurants to discover.

Which brings us to…

Markets: They are some of the best places to experience a country’s or city’s culture, and none more so than Guyana. Experience the country’s culture and the diverse selection of fruit and vegetable grown in the country. In particular, make a point of sightseeing the historic Stabroek Market and Bourda Market. 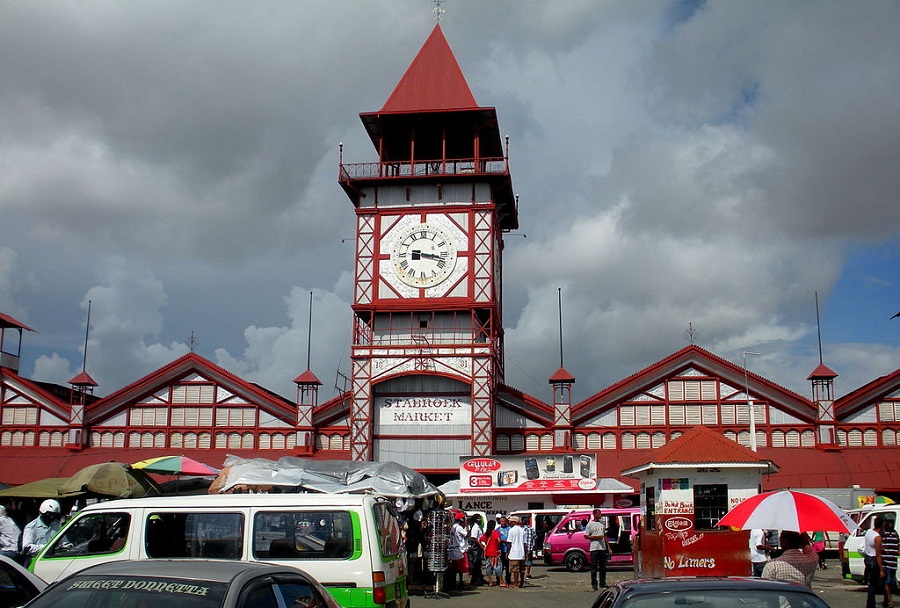 Local culture immersion: Guyana is a fascinating blend of culture, religion and cuisine that you won’t encounter anywhere else in South America. The country comprises multiple races that include Amerindians, Indians, Africans, Europeans, and Chinese.

Guyanese History Museum: History lovers will appreciate the private collection of zealous owner Gary Serrao. Other museums to visit include the El Dorado Rum Museum (yes, where some of the world’s finest rum is made), and the Roy Geddes Steel Pan Museum.

Cattle drive: Relive the days of the Wild West by joining the Amerindian cowboys on a cattle drive at Dadanawa. See them drive the cattle home and perform cowboy stuff like castration and branding. 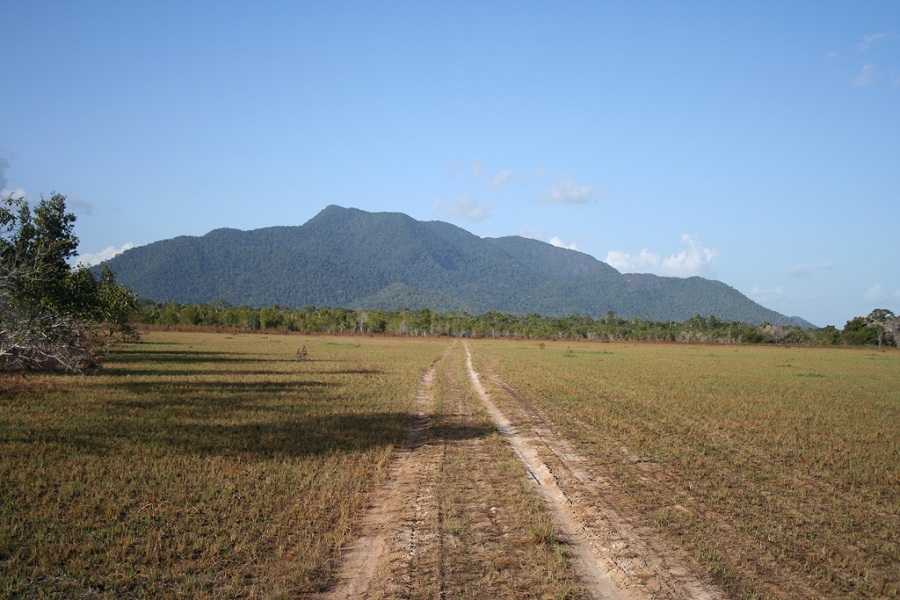 A shot of the Guyana savannah, a popular feeding ground for cowboy stock

Pakaraima safari: Cross through the rugged mountainous terrain in the Pakaraima Mountain range to the magnificent Orinduik Falls. The five-day journey through the pristine rainforest is sure to forever change your view towards nature, and life in general. It’s a dream.

What to Eat and Drink

The diverse culture of Guyana is reflected in its cuisine, a melting pot of several cultures – African, Chinese, Amerindian, East Indian, Portuguese and Brazilian. The locals love their food, and they love it in ample portions, so be prepared to break your diet plan while you’re here.

Dishes from the Indian subcontinent especially seem to have taken root. So you can expect curries in abundance, along with chicken, pork, pumpkin and eggplant. You can find crab, shrimp and other seafoods in the shops close to the sea, or the larger roti shops.

Traditionally, curries are accompanied by rice, or roti (a type of Indian bread). Cassava bread is a local favourite, as is metemgee – a Creole-influenced Guyanese stew prepared with cassava, yam, plantains, dumplings, okra and dumplings, and served in a hot, peppery coconut milk sauce. Try some pepperpot, one of the country’s national dishes, albeit more readily available during the festive season. 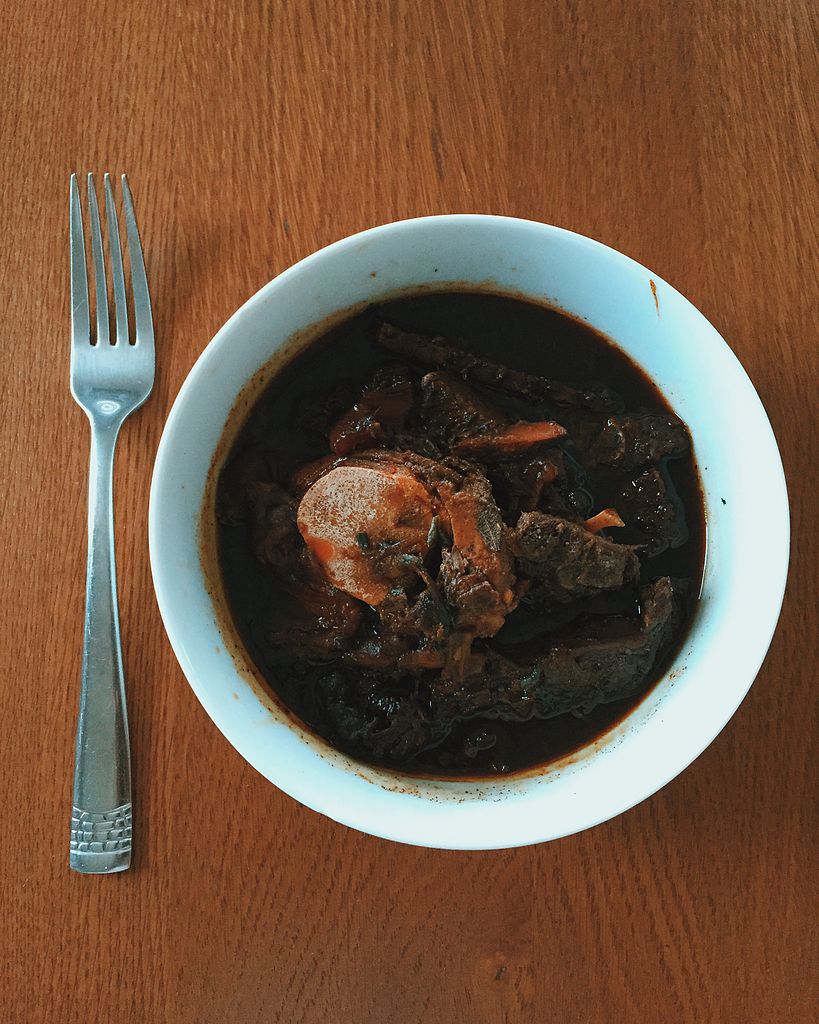 A delicious serving of Pepperpot

Chinese dishes are quite popular too, and you may want to try out the Guyana-style chow mein and lo mein.

The Guyanese love their rum, with the El Dorado, XM 10 Year Old and X-tra Mature national favourites. The former has bagged the ‘Best Rum in the World’ award since 1999 with its 15-year-old variety.

The national beer is Banks, and it comes in a lager and stout. Options include the lighter Trinidadian Carib, Heineken, Mackenson Stout, and of course, Guinness.

Travellers from most European countries, Australia, USA and some Caribbean nations do not need a visa to gain entry into Guyana, which can be done by air, train or road.

Minibuses are the most common means of transport within the country, but you’ll hear most locals refer to them as buses. They make their way to all corners of the country, but for security purposes, you’re often advised to travel in the day.

Guyana is home to large rivers, meaning boat transport is an alternative. You can enquire about speedboats and ferries from the port village (or dugout canoes), and always make sure to negotiate prices before you set off as tourists are not extortion-proof here (as anywhere else). This goes for ‘specials’ too.

There’s always the taxi option, which is always steeper compared to other modes, but the good thing is a number of destinations have set prices. Again, it’s always nice to haggle prior to boarding the cab. This should be a breeze given English is the official language here, as opposed to other South American countries where you’ll need to bring your Spanish or Portuguese for the most part.

There are car rental agencies available as well that allow you to rent your own ride, including 4x4s. 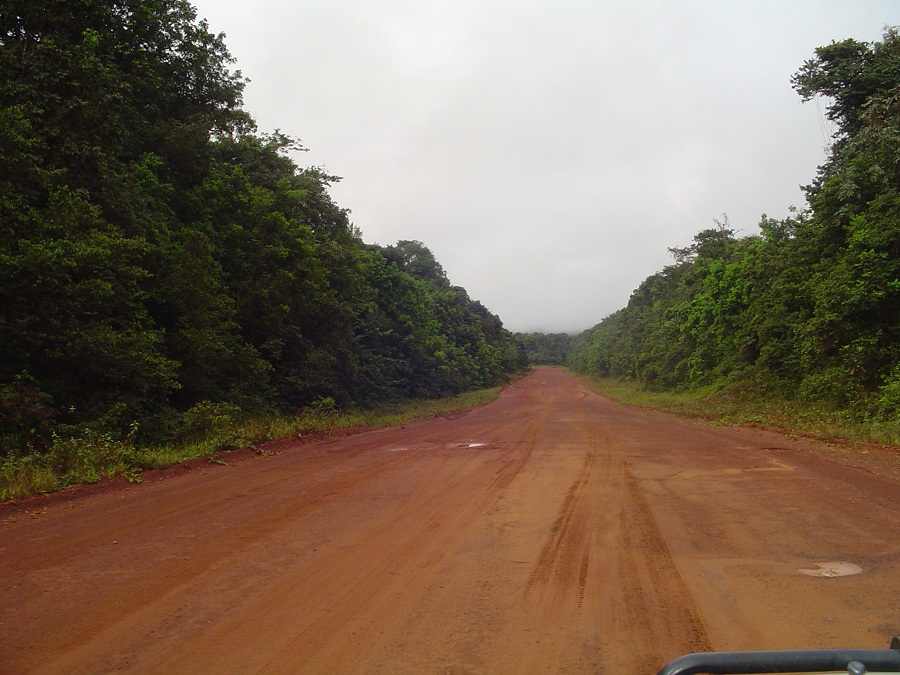 The fastest way of accessing the interior is by flying, and there are regularly scheduled flights to the main tourist destinations. This can be a bit costly for many though, but you can always check the rates.

If you’re pondering a South American exploit, consider penciling in Guyana, even for a couple of days. For this is truly, the lost world: a paradise for the nature enthusiast, adventure seeker or eco-tourist. At least before it turns into another tourist haven.

There’s a reason National Geographic included it in the Best of the World 2014 list you know.