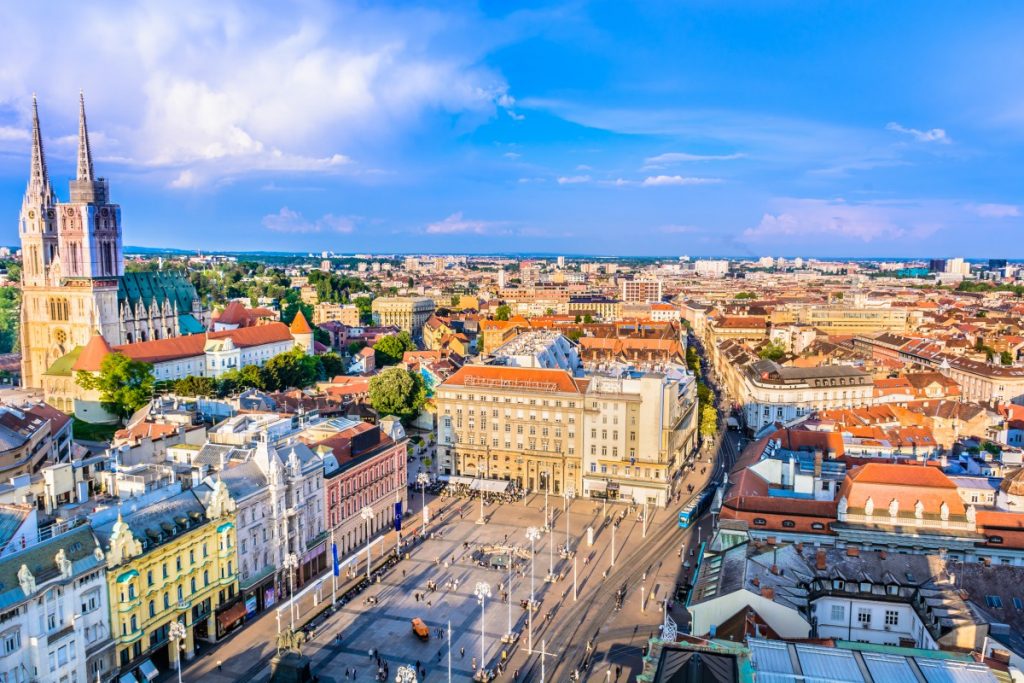 Located in the northwest of Croatia, the country’s capital of Zagreb is characterized by 18th and 19th Century Austro-Hungarian architecture, notably through its Catholic influence. The city lies on the River Sava, a tributary of the River Danube. Altitude and climate-wise, Zagreb lies at around 300 feet, enjoys warm summers, mild – seldom below freezing – winters and around 7 days a month of rain. Zagreb is a popular tourist city thanks to its history, shops, parks and multitude of interesting attractions, though often overlooked in favour of other cities and Croatia’s islands.

Zagreb is well catered for when it comes to excellent quality, big name hotels. Investment in infrastructure and redevelopment over the last few years has benefited the city without harming the overall atmosphere or appeal. The Sheraton, Esplanade, Best Western and Westin (4-star) hotels have well-appointed rooms and the highest level of customer service. Since 2017, Hilton has opened two brand new hotels that feature unique artwork in each room to individualise your experience. Voyage Prive offer discounted holiday deals to Croatia, just sign up for the latest offers. Some of the deals can be upto 70% off.

The pedestrianised Tkalčićeva Street was once a creek that carried industrial pollution away from the city centre. Due to the state of the water in the late 19th Century, it was filled in and made into a thoroughfare. Fast forward to today and the street is a lively affair of cafes and traditional artisanal shops with cheerfully painted facades. Almost 1,600 people live here too.

Upper Town is the place to go to see the fantastic twin-spired Zagreb Cathedral, restored in the Neo-Gothic style following an earthquake in the late 19th Century that cost it its third spire. The older St Mark’s Church precedes the cathedral by over 500 years and is continues to have a regular congregation. Its colourful tiled southern roof bears the impressive Zagreb coat of arms. St Mark’s is Romanesque, exemplified by the archetypal arched windows.

Croatia has a delightfully diverse range of high-quality cafes and restaurants. In a strongly meat-oriented society it’s exciting to see the emergence of vegan-only meals and an increased prevalence of vegetarian options. International cuisine is fashionable too so expect to see Indian and Mexican food on the menus. 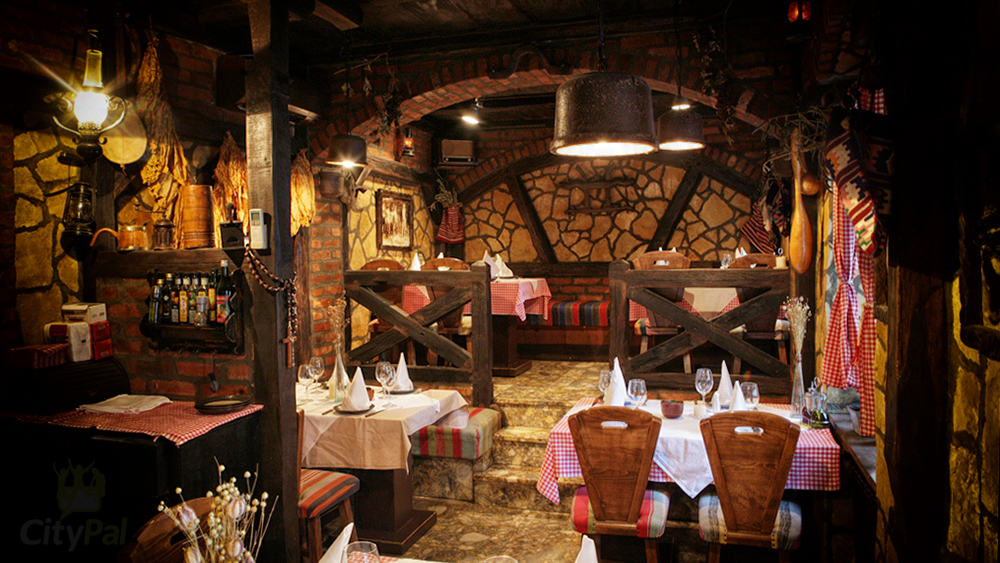 Zrno Bio Bistro
A dedicated vegan restaurant, the Zrno Bio Bistro serves noodle and pasta-based fare with locally sourced organic vegetables. They do an impressive job of making tasty, well-textured food that even die-hard meat eaters would find difficult to find fault with. Their desserts are a special treat!

Nishta
The famous top notch vegetarian restaurant based in Dubrovnik opened its Zagreb branch four years ago and soon established its reputation here. Whether you eat indoors or in the gorgeous courtyard, the food presented is a fantastic fusion of West meets East and well-balanced spices galore. Nishta is another restaurant that sources locally where possible and includes organic wines and select beers from nearby Istria

Dubravkin Put
A short walk from the Upper Town and Tuškanac woods lies a great seafood restaurant that excels in intimate, romantic dining experiences. Its verdant terrace is very atmospheric and romantic, ideal for proposals… The Dubravkin Put has a long heritage in the area and a well-regarded menu including buzara, a stew made with scampi and shellfish. The fine monkfish with house black-olive paste is well worth trying. The wine bar is a must with its amazing selection to tantalise any palate.

Retail therapy and souvenir hunting is a perennial pull for the canny tourist. One thing Zagreb shares with other capitals is the eye-watering array and variety of shops and shopping centres. Whether you are looking for labels or something locally crafted you can spend days exploring all that the Zagreb has to offer. The main shopping centres of the area are the Kaptol Centre but there are many more in the city neighbourhood: Dubrava, Jankomir, Žitnjak and Sesvete.

If you are after something with a little more local flavor and authenticity then one of the squares will be right up your street (no pun intended). Britanski trg (British Square) bustles with activity on mornings with restaurant workers and locals picking up fresh fruit and veg from farmers’ stalls. On Sundays the market plays host to an antique fair. All this browsing and shopping is thirsty work which gives you the perfect excuse to sample some of the tastiest coffees around at any one of the square’s ubiquitous cafes.

Museum of Broken Relationships
For anyone who thinks museums are dull and dreary then think again! The museums in Croatia house impressive collections of items and history off the beaten track. The Museum of Broken Relationships is one of the better known ones. Here are letters, trinkets and keepsakes that provide a whole slew of stories into people’s lives. Some are tragic but others are funny and belong to Croatians from all backgrounds, genders and preferences.

Museum of Illusions
See yourself walking on the ceiling and be baffled by mind-bending visual trickery; the Museum of Illusions is a strange blend of indoors theme park and museum. Exhibits are handily annotated in English as well as Croatia which makes the experience informative. Visitors are welcomed and encouraged to bring their cameras – something not all museums are happy to do!

The Botanic Gardens
North of the River Sava is where you will find the Botanic Gardens. It’s just one of several green oases in this handsome city. It forms the east-west curve of Zagreb’s ‘Green Horseshoe’ and has been charming visitors since 1892. It’s nearly 12 acres in size and its environs include 10,000 species of plants from all across the globe. There are numerous themed exhibitions to see and one that the whole family will likely enjoy – particularly the kids – is the ‘Lost World of Archaic Gardens’. Go on a journey through the ages and witness the evolution of plants from the early Devonian to the mid-Carboniferous all the way through to the late Cretaceous (Paleozoic to Mesozoic). Created to enthrall youngsters and students these three installations describe how plant life helped create our atmosphere and influence animals and ourselves.