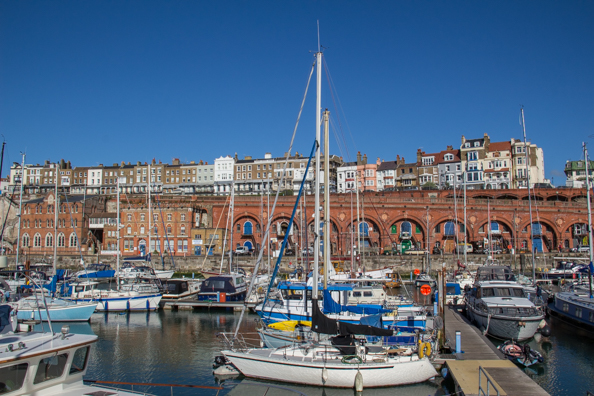 There are many facets to Ramsgate in Thanet, Kent an English Seaside town.  Pilgrimages and Gothic-style architect were not two that immediately spring to mind.  I was surprised to find that it is renowned for both.

Ramsgate has a long sea-faring history as detailed by the Maritime Museum housed in the Clock House in the Royal Harbour.  During the Second World War Ramsgate was in the front line but the majority of the population survived thanks to the construction of the Ramsgate Tunnels which were used as an air raid shelter.  In 1940, due to its proximity to France Ramsgate was requested to provide small boats to assist in the evacuation of Dunkirk, Operation Dynamo.   This event is remembered every year by a pilgrimage of the remaining boats to France.  One of the boats that takes part in this and other events commemorating the evacuation is the Sundowner. 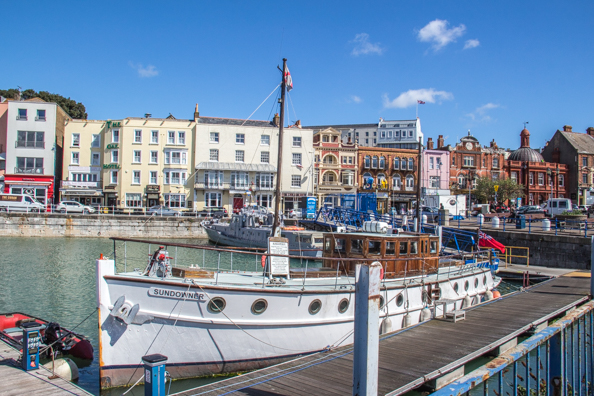 Sundowner anchored in the Royal Port of Ramsgate, Thanet in Kent

This famous Dunkirk Little Ship is now over one hundred years old.  It was originally build for the Royal Navy and served in the First World War.  After the war Commander Herbert Lightoller converted the ship into a ‘gentleman’s motor yacht’.  The commander, the senior surviving officer of the Titanic, took Sundowner to France for the 1940 evacuation returning with 130 men.  Although the navy attempted to requisition the boat the Commander sailed it himself.  After the evacuation the vessel was converted to an armed patrol boat and spent the rest of the war guarding the Thames estuary.   It became part of the Ramsgate Maritime Museum’s floating exhibition in 1987 and represents the town at the regular naval events held around the south coast and in Dunkirk. 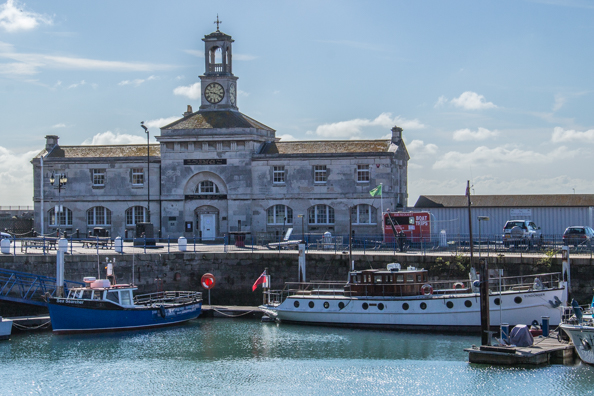 The Maritime Museum in Ramsgate, Thanet in Kent 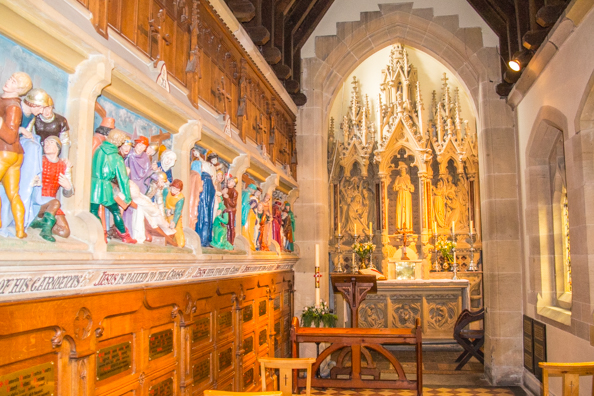 Inside the Shrine of Saint Augustine in Ramsgate, Thanet in Kent

The Church itself has a very interesting history as it was a personal project of the architect Augustus Welby Northmore Pugin and one of two remarkable buildings he created in Ramsgate.

Augustus Welby Northmore Pugin was a nineteenth century architect with a particular interest in medieval architecture.  He studied the great churches of England that celebrated the Roman Catholic faith and had been built for the Mass and to honour important saints.  He became a fervent convert to the Catholic faith and decided England needed to rediscover Catholicism.  He was particularly fascinated by Saint Augustine after whom he was named.  This brought him to Ramsgate as he searched for a place where he could build a seaside home.  In 1843 he bought a property on the cliffs where he built a family home, the Grange, in Gothic style.  This house, in its own private garden offered Pugin a retreat from the outside world.  It was here, surrounded by his large family, that Pugin produced some of his finest work.  These included his designs for the House of Lords and the Great Exhibition.  This talented architect also added some unique flourishes to his own home; a private chapel, a tower from the roof of which he could look out to sea and his own personal wallpaper. 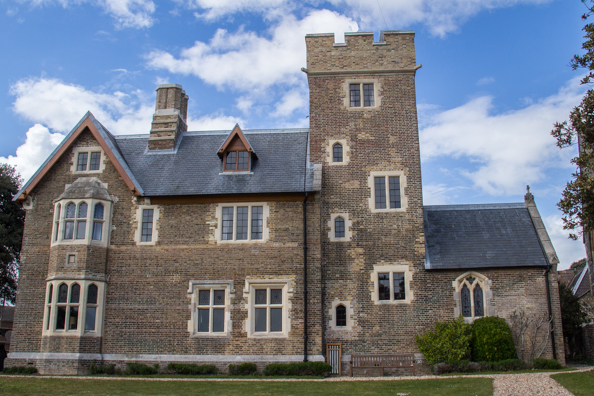 The Grange in Ramsgate Kent

Pugin died in 1852.  His descendants occupied this property until 1928.  Thereafter it was occupied by a variety of people, including a school, before falling into disrepair.  In 1997 the house was rescued from demolition by the Landmark Trust and restored to the same condition it was when Pugin built it.  The Trust renovates historical properties and lets them to holidaymakers.  The Grange was ready to welcome guests in 2006.  Its renovation included the addition of a small exhibition in the Cartoon Room, a separate building next to the Grange that is open to visitors.  Members of the public can also book guided tours of the house. 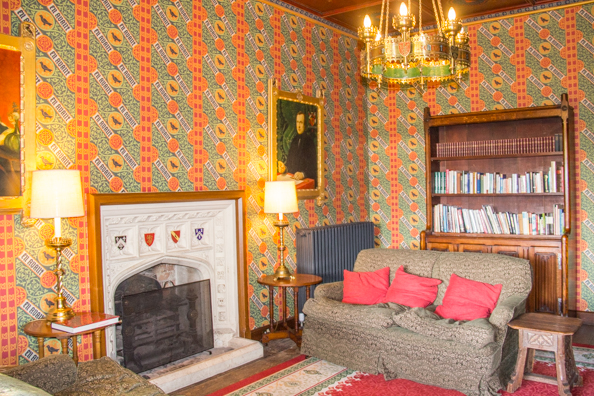 Sitting Room at the Grange in Ramsgate, Kent

Once the family home was completed Pugin set out to achieve a long-held ambition, to build his own church dedicated to Saint Augustine.  It was to be built according to the true principles of Christian architecture.  Construction began in 1845 using the best materials and workmen.  He told his son, Edward, that he should watch the church being built as it would be the best architectural lesson he could have.  Not a single true principle was to be broken.  When Pugin died in 1852 the church had not been completed.  Before he died he bequeathed the unfinished church to the diocese of Southwark.  The church was completed by his sons Edward Pugin (1834-75), Peter Paul Pugin (1851-1904) and many of the original associates.  The exterior of the church is covered in a hardy flint to withstand the weather.  The interior is lined with Whitby stone and decorated with stone and wood carvings, statues, stained glass and ornate tiles.  The church was consecrated in 1884.  In 1988 it was listed as a Grade 1 Building.  From the 1860s until 2010 the church was home to the Benedictine monks of Saint Augustine’s Abbey.  The Abbey had been built opposite the church by Edward Pugin.  When the monks withdrew from the church it came under the jurisdiction of the Southwark Archdiocese.  It still functions as a local church and the process of restoration continues thanks to a grant from the Heritage Lottery Fund. 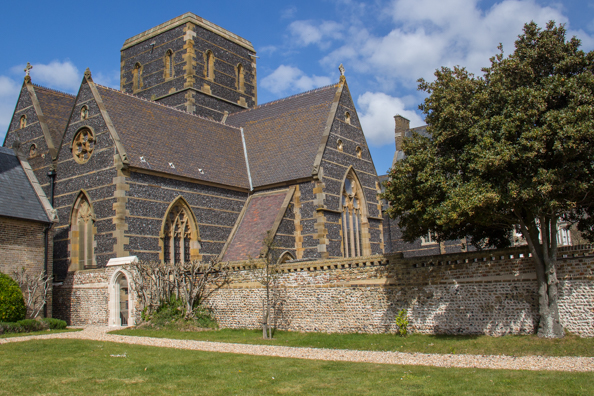 Visitors to Ramsgate who want to know more about Pugin can follow the self-guided Pugin Town Trail devised by Visit Thanet.

Ramsgate is within easy reach of London thanks to a high speed train service from St Pancras station (75 minutes).  Access by road is also very good.

Ramsgate is home to the delightful Royal Harbour Hotel.   This unusual hotel occupies three Georgian houses above the Royal Harbour with glorious sea views from an interesting collection of bedrooms and sitting rooms.  Their sophisticated Empire Room Restaurant features an elegant cuisine using local produce.  I really enjoyed my stay there. 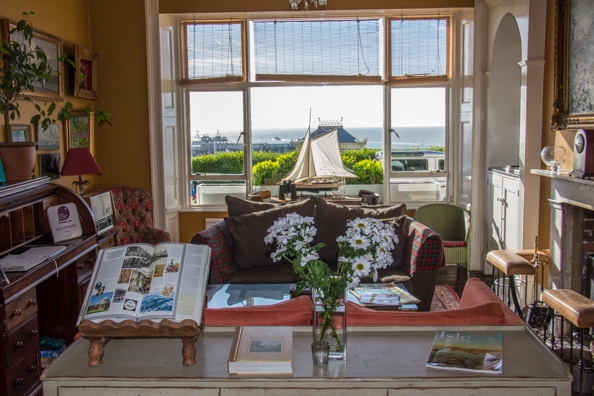