Found in central Europe and forming part of the Balkan States, Croatia ticks all the boxes for a summer holiday with its many islands, charming historical towns, fantastic weather and great beaches. The secret of this truly beautiful country has clearly found its way out as it continues to grow in popularity as a holiday destination and even more so as a top stopping spot for cruises.  Here’s a guide to some of the very best bits on offer…

Considered the crown jewel of Croatia’s walled coastal towns, Dubrovnik is a must visit. Petite yet perfectly groomed, the Old Town is a sea of stunning polished marble ice with red roofs. History abounds at every turn with subtle evidence of the not distant war apparent to those with a keen eye, yet the atmosphere could not be cheerier; the locals are welcoming and friendly. The streets paves the way for countless restaurants, tiny DIY market stalls and interesting boutique style shops with museums, churches and monasteries to visit too. 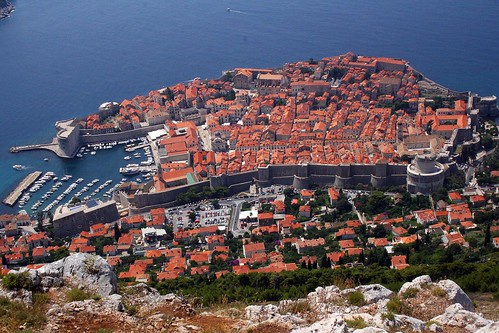 A view over Dubrovnik.

The city of Split lays further up the coast from Dubrovnik and is another attractive and popular walled city to visit. With the pine covered Marjan Hill creating an attractive backdrop to the city, the palm tree lined promenade and the allure of the Old Town, complete with the stunning Diocletian’s Palace, Split is classy but comfortable and dripping with Mediterranean culture.

Unarguably, one of the best things about Croatia is the offering of several stunning National Parks. Boasting pages of five star reviews, the famous Plitvice Lakes National Park is truly a must see during any trip to the country; words and pictures just don’t do it justice! Krka National Park is also exceptionally worthy of a mention with its offering of pools and waterfalls. Mljet National Park, an island found off the mainland near to Dubrovnik, boasts a lake and monastery on its shores and is said to be the most beautiful of the Croatian islands. There are several more stunning national parks to visit across the country too.

The walled port town of Zadar is found in the middle of the Dalmatian Coast and whilst still offering an excellent dose of aged buildings, beautiful beaches and delicious cuisine, it attracts far fewer crowds than the other cities mentioned here. This works in the visitors favour however as it means you can explore with ease! The most famous attraction here is the famous Sea Organ; measuring 70 metres long and comprised of 35 pipes built into the concrete, this natural musical instrument works with the movement of the sea and the wind, providing a non-stop concert to passers-by! 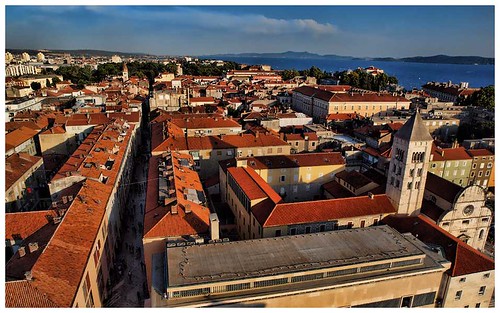 A view of Zadar, Croatia.

Zagreb, the country’s capital, is the only major city not found on the sparkling coastline. Offering plenty of things to see and do in the city itself, which is split between the Upper, older portion and Lower, newer portion, it also makes for an ideal base from which to explore Croatia’s stunning interior with stunning castles, national parks and attractive smalls towns and villages all in easy reach.

There are thousands of islands off the coast of Croatia; lush, green and surrounded by the crystal clear, opalescent tones of the Adriatic Sea they are the epitome of relaxation and the simple life. Which you visit is really up to you, as there are many boat trips and ferry rides to get you to and from these little slices of heaven! The isle of Lokrum just off the coast of Dubrovnik is ideal for a short half day trip whilst the likes of Hvar, Lopud, Pag and Brac also prove popular choices.

This is just a rough introduction to Croatia; a truly beautiful country with plenty to see and do, you will be sure to fall in love with this particular part of the Balkans.