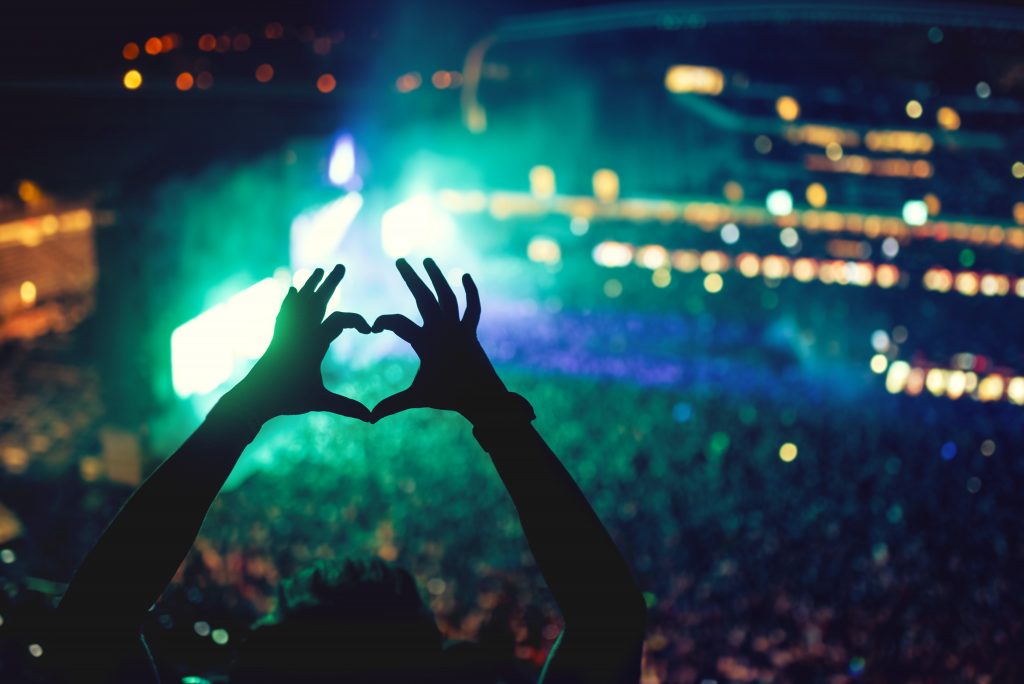 When the weather turns warmer and the sun shines longer, people like to get out and do things. And one of our favourite things is to take in a good music festival complete with like-minded music lovers and the greatest artists on the planet. Here’s the best part: the weather is always good somewhere in the world, so there’s always a music festival going on.

We have our fair share of headline events here in the UK. Glastonbury is just one example. But what about going overseas for some great music? Well, there is no shortage of incredible music festivals for you to choose from. Here’s a list of some of the best offerings for 2016:

Portugal’s Boom Festival is a little different in quite a few ways. First and foremost, it is held every two years rather than annually. Second, there is more to Boom than just the music. This festival combines great music with art, culture and spirituality to create what promoters call a ‘state of mind’ rather than just a music festival.

The Boom Festival is a lot like Burning Man except with a more transcendent and holistic approach. One of the things you’ll notice right from the start is that it is entirely free of outside advertising. That’s right; Boom is paid for entirely through ticket sales. Without corporate interests to satisfy, Boom is free to be what it wants to be: a fusion of electronic entrance music combined with performance art and a whole lot more. From street theatre to jugglers to avant-garde films and great music, there’s nothing quite like the Boom Festival.

Every year, tens of thousands of people head to the Isle of Wight for one of the best-known festivals in the UK. Known as Bestival, this event is all about enjoying good music with your friends. Now in its thirteenth year, Bestival is known for providing a fun atmosphere without the need for the hard-driving party scene so many other festivals are known for.

Keeping things interesting are the costumes people wear during the week-long event. From priests dressed in purple to entire families decked out in 1960s tie-dye, there is something for everyone. And, of course, don’t forget the Fancy Dress Parade held every year, usually on Saturday. The festival even offers a number of tents set up around the site where festival goers can attend seminars to learn the finer points of costume design. Go for the music, and go for the fun, or just go because you’ve never been to Bestival before. 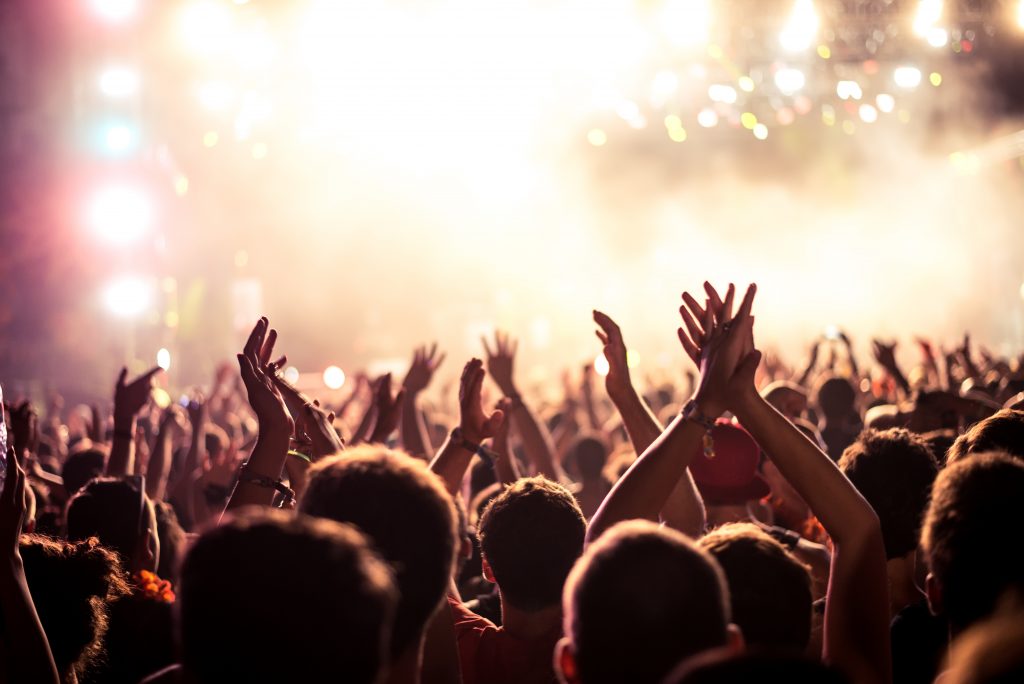 Since 1976, America’s public broadcasting corporation (known as PBS) has been airing Austin City Limits, a programme that is easily the longest running music programme in American television history. Some of the best bands in the world combine with bands you’ve never heard of to offer residents of Austin, Texas great live music week after week. The Austin City Limits Festival is a natural extension of the weekly concerts held at Zilker Park.

What makes this festival so special is the fact that it is ‘grown up’, so to speak. The music is always headline quality, and the fans know how to behave themselves and still have a great time. The Austin City Limits Festival is run so well that music lovers of all ages feel safe and secure. That’s saying something, given the fact that music festivals do have a tendency to be raucous.

If you like techno, the Awakenings Festival is for you. Since its inception in 1997, the festival has done nothing but this genre of music. Past festival goers have described Awakenings as a rave on steroids, thanks to a venue on the outskirts of Amsterdam that includes eight different arena areas and space to accommodate as many as 35,000 music fans.

Awakenings emphasises sight and sound to create a dance experience equal to the music itself. At the same time, event organisers use their platform to promote progressive values – particularly where the green movement is concerned. They follow a strict ‘leave no trace’ policy that insists festival-goers leave the grounds cleaner and greener than they found them. 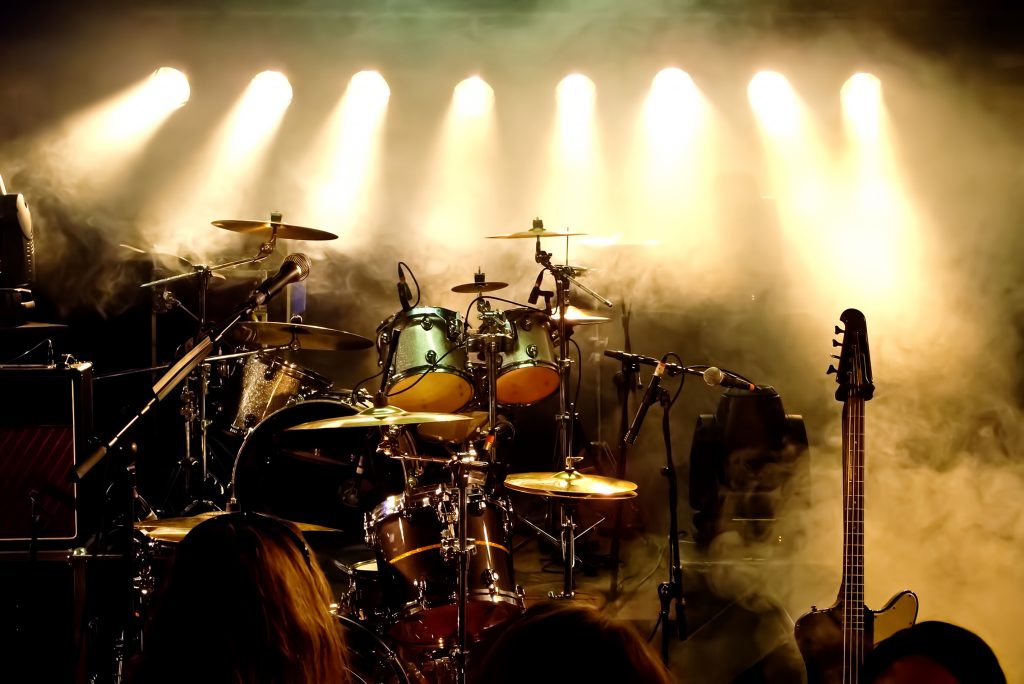 The annual Bass Coast music festival in Canada’s Pacific North West is an unusual event in that it is billed as a four-day refuge from contemporary society. It is a very small festival, purposefully so, held every year along the banks of the Cold Water River in British Columbia. Only 3,000 tickets are sold, and festival-goers come prepared to camp deep in the woods.

Bass Coast features four different stages that act as much as art venues as a place for the bands to play their music. Yet even in the secluded wilderness atmosphere of the festival, organisers find a way to include technology via lighting, projection mapping, and complete multimedia integration between the music and the art. And by the way, the music is mostly electronica.

What do you get when you combine Britain’s love of the pop-up with our penchant for throwing world-class music festivals? You get the annual Boomtown Fair in Hampshire. Boomtown is undoubtedly the UK’s most well-known immersive festival complete with a pop-up city inviting tens of thousands of music lovers to come and live for four days of incredible fun.

Boomtown features a full range of music styles, covering everything from techno to jazz to reggae. And, of course, the bright and colourful clothing choices Boomtown is known for are a feast for the eyes. The festival ‘town’ is split into nine districts, each designed around a different theme and style of music. There’s something for everyone at Boomtown for four days and four nights – then it’s gone for another year.

As Glastonbury has come to represent what a music festival is supposed to be like in the UK, Coachella is the definitive event in the US. Every year, the polo fields of Indio, California welcome some of the biggest names in pop and rock music along with up-and-coming acts that the world will be taking notice of in the very near future. And all of it is enjoyed under the clear blue skies and bright sunshine of America’s Golden State.

Coachella has been around since 1999 when Pearl Jam drew 25,000 to the remote location of the Empire Polo Club. That concert was so successful that event organisers decided to turn it into an annual festival beginning in 2001. Headliners like Red Hot Chili Peppers, Radiohead, and the Pixies have kept people coming back year after year. Coachella offers great music, both indoor and outdoor venues, and plenty of good times with your friends under the California sun. 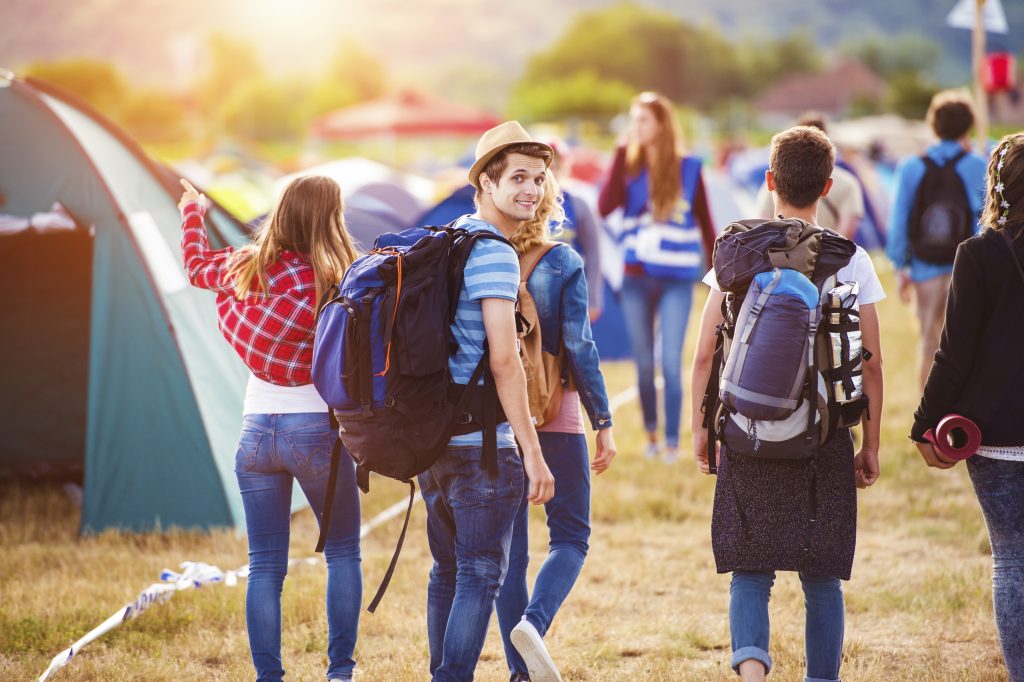 Austria’s annual Donauinselfest is also Europe’s largest open-air music festival held on a man-made island that was originally constructed to prevent flooding. Now the 11-mile island features restaurants, bars, bike paths, parks, and a vast area of open green space perfect for the annual music festival. And with the Danube River never more than a few steps away, you can mix swimming with your appreciation of great music.

Donauinselfest boasts 11 stages offering 600 hours of live music – that’s enough time to host almost 2,000 acts every single year. It is all about the music, and it’s all free. With so much to choose from, you can bet there is something for everyone, from dance to rock to German folk tunes. Believe it or not, the Vienna boys choir has been known to grace the festival as well.

In its early days, the Exit Festival was as much about political activism as it was the music. Today, it’s all about music, ranging from punk to metal to underground electronica. The festival is held on the grounds of a historic 17th-century fortress in Novi Sad, the second-largest city in Serbia. The landmark Petrovardian fortress is the perfect setting for this hard-driving festival considered to be one of the most important in Europe.

One of the more unique aspects of this event is the mixing of music that some describe as ‘almost unhinged’ with the history of a fortress that has seen so much political turmoil over the centuries. It’s almost as though the ghosts of the past join festival goers to let out all of that energy that has been pent-up for so long. If you are planning to attend Exit, be prepared for an incredibly intense experience.

Not every music festival is about hard-driving rock and electronic music. Take the annual Montréal International Jazz Festival, for example. This event is famous for being one of the best jazz festivals in the world. It is so important to the genre that the festival is almost a brand unto itself. Jazz lovers from all over the world come to Montréal every summer to enjoy a mix of innovative new music that never forgets the past.

The inaugural Montréal International Jazz Festival was held in 1980 against a backdrop of criticism that said festival organisers would never succeed. After all, jazz appeared to be dying through the 1970s at the hands of disco and protest music. But Ray Charles headlined that first festival and event organisers have not looked back since. The Montréal International Jazz Festival is the largest and most reputable jazz festival in the world.

Japan’s largest outdoor music festival is held every year at the Mount Naeba ski resort. Upwards of 150,000 festival attendees get together for a few days of carefree living and great music from mostly headline acts already big in Japan. The first incarnation of the festival was held at the foot of Mount Fuji in 1999; that event was spoiled by a combination of very bad weather and poor planning by event organisers that left festival goers vulnerable. Mount Naeba was chosen as the new location because the weather is more cooperative.

The Fuji Rock Festival has both indoor and outdoor stages for live music. The indoor stage, with a capacity for 5,000 festival goers, is used mainly at night to host a huge dance party, with some of the world’s most famous DJs playing until the small hours of the morning. Three additional stages host rock bands and soloists outdoors. Throughout the festival, there are venues established to provide music lessons along with quirky sideshows that will keep you entertained when your favourite band is not playing. There’s even a hot spring to relax in when you need to wind down.

You couldn’t put a list like this together without mentioning the biggest, best and most popular music festival in the UK: Glastonbury. This festival, modelled after the infamous Woodstock of the 1960s, has been ongoing since 1970. Glastonbury is influential enough that many big name bands do not consider their careers complete until they play the main stage.

You meet all kinds at Glastonbury, from hippies to hipsters looking for a good time. And like Woodstock, rain and mud are part of the equation. It’s all about getting out into the elements and enjoying yourself, even if the elements don’t cooperate. Best of all, Glastonbury operates thanks to the efforts of an army of volunteers who are thrilled to know that proceeds are donated to charities. 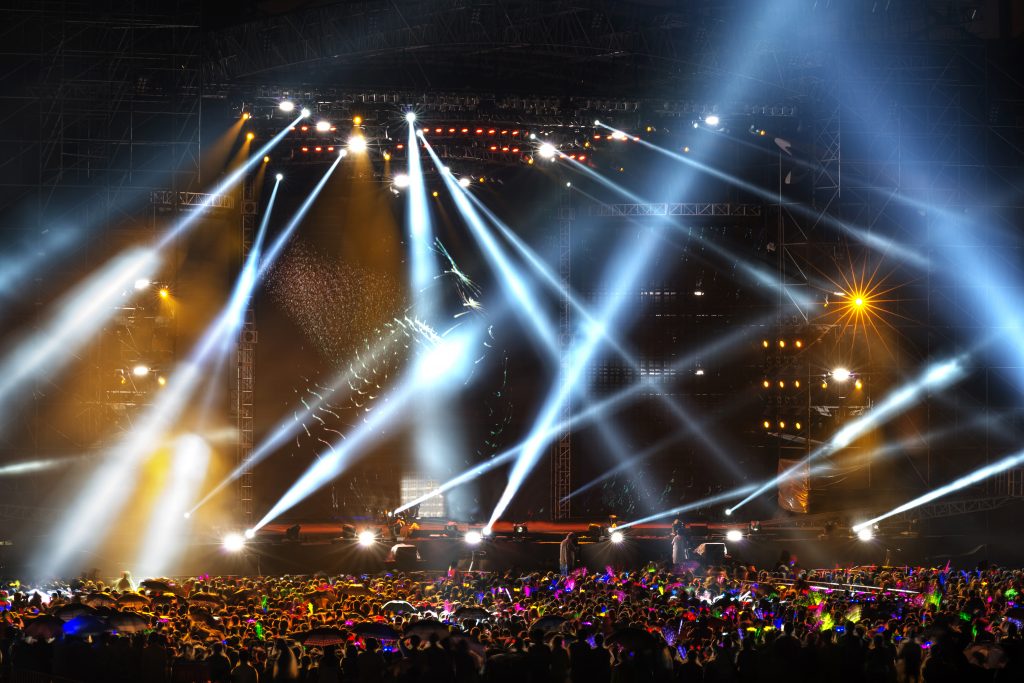 If we left your favourite music festival off the list, our apologies. There are literally hundreds of festivals held all over the world in any given year. Suffice to say that there is something for everyone. So get out there and enjoy the music. After all, you only live once!