With a vibrant culture of food, sport, and religion, the growing country of Turkey that we know today is a fantastic tourist destination. It is Turkey’s history however, having been forged over thousands of years, which attracts an unprecedented number of people from the far reaches of the world. The country is well known for its significance during biblical times, but excavations and discoveries in Turkey have revealed monuments that, archaeologists claim, date back to 10,000 BC!

Turkey is rich with magnificent landscapes, and an unparalleled wealth of historical treasure. Here are 5 UNESCO World Heritage Sites that have to be seen, to be believed. 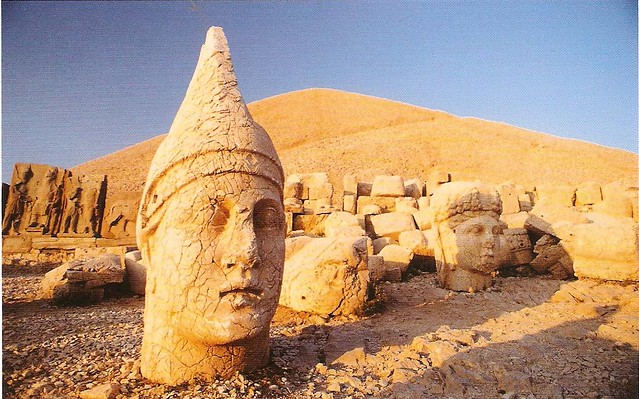 The heads of these statues of Gods have broken off and tumbled to the lower terrace.

This incredible site is reminiscent of the stone heads found on Easter Island. This awe-inspiring location however, is in fact the mausoleum of Antiochus I. Invested as a king by the Romans, Antiochus I had dominion over the kingdom of Commagene, which was founded north of Syria and the Euphrates after the breakup of Alexander’s empire.

Nemrut Dag is an amazing construction to behold; on the upper level, a row of five colossal seated figures (7 m high) represent deities from Greece and Rome. Each statue is accompanied by two pairs of equally intimidating statues, comprising of a lion and an eagle. It would seem that the ruler wanted his tomb to be very well guarded!

Three brilliant reliefs show Antiochos exchanging a handshake with the Gods, and visitors can also see an astrological relief called ‘the king’s horoscope’. While the fallen king has had his future inscribed in stone, this remarkable mausoleum truly is a window into the past.

2. Göreme National Park and the Rock Sites of Cappadocia

If there was ever a place that was created to leave visitors speechless, this would be it. The Goreme valley is a spectacular landscape that, without a shadow of a doubt, has no equal. Towering monoliths of rock have been erected by the valleys occupants thousands of years ago, and can be seen scattered throughout the National Park.

The valley has been beautifully sculpted by natural erosion, and decorating its hills and surroundings are the remains of human habitats. Dwellings, troglodyte villages and underground towns can be found hewn into the rock. These early sanctuaries of our ancestors date back to the 4th century, and also provide unique evidence of Byzantine art in the post-Iconoclastic period!

3.  The Selimiye Mosque and its Social Complex 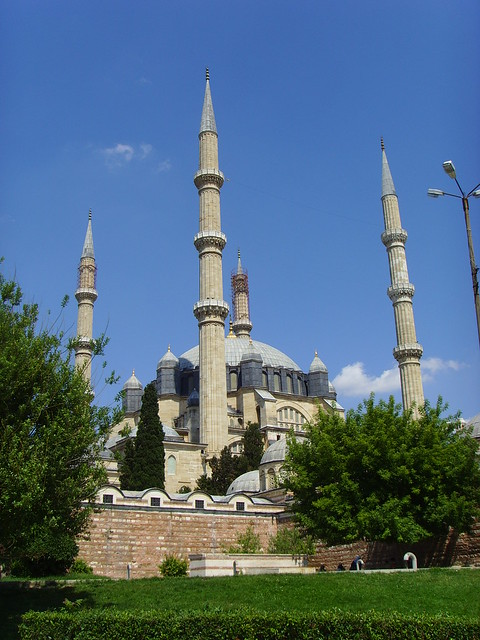 The Selimiye Mosque stands in the sun, against clear blue skies.

Considered by the most famous of Ottoman architects in the 16th century to be his best work, the Mosque and its surrounding complex reigns supreme over the skyline of Edirne.

The square Mosque, with its single great dome and four slender minarets, is renowned as the most harmonious expression ever achieved of the Ottoman külliye. Külliye is a group of buildings constructed around a mosque and managed as a single institution. This particular Külliye includes Islamic schools (called madrasas), a clock house, library, covered market and an outer courtyard.

If the splendour of the Mosque’s exterior was not breathtaking enough, the interior decoration testifies to an art form that remains unsurpassed. Delicate, yet striking, the stunning Iznik tiles inside the structure are from the peak period of their production.

At the end of the 2nd century B.C. the kings of Pergamon established the thermal spa of Hieropolis. The second half of its title, Pamukkale, literally means ‘Cotton Palace’, and the ruins of Greek temples, baths and monuments can be seen at the site. These amazing ruins are, however, not nearly as impressive as the natural wonder that they rest upon.

The unreal landscape, made up of mineral forests, waterfalls and terraced basins, have been created at the site by calcite-laden waters. These waters derive their source from springs in a cliff almost 200m high that overlook the entire plain.

Hierapolis-Pamukkale is the perfect example of natural beauty, complimented by fine Greek architecture and cultural history.

5. Great Mosque and Hospital of Divriği

The Great Mosque and Hospital of Divrigi are considered to be a masterpiece of Islamic architecture. The region of Anatolia, where this site can be found, was conquered by the Turks at the beginning of the 11th century. The Mosque and its adjoining hospital were built simultaneously by the same architect, Khurramshad of Ahlat, and were founded by Emir Ahmet Shah in 1228-26.

While the walls of the interior are plain and unadorned, the decorative sculpture on the three doorways to the buildings are a vision of unbelievable detail and beauty. These three high, recessed gates display exuberant decor which is both floral and geometric.

Turkey offers its visitors a vast abundance of architecture and artistry, shop around and you should also be able to find cheap holidays to Turkey. The country is filled with incredible monuments and landscapes that span a history of over 10,000 years; equal sights and wonders cannot be found anywhere else in the world.