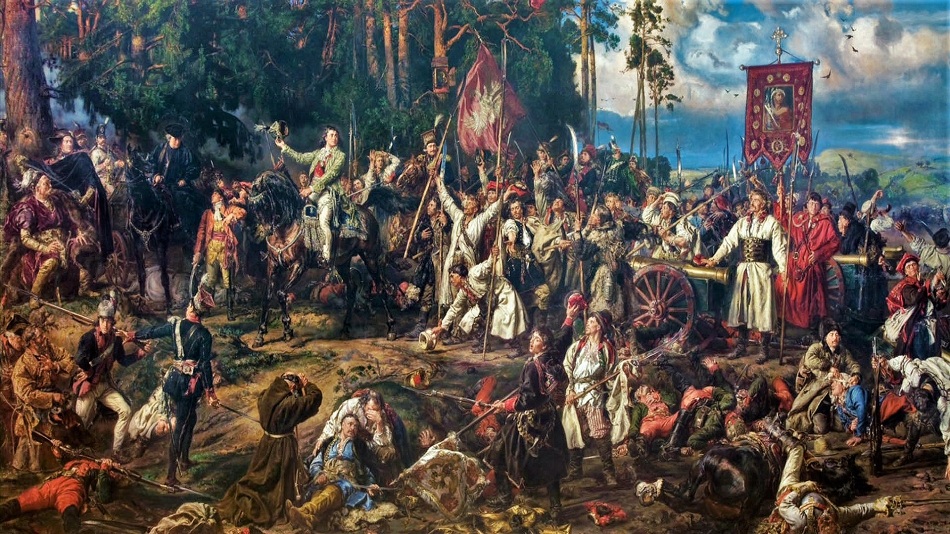 For some reason that may not be evidently clear, a good deal of people tend to have a prejudice or certain false notion about Poland. Approach it this way and your beliefs will be reinforced (Law of Expectation?).

While I’m not here to preach about the importance of maintaining a positive image (although  it helps to have one), Poland is one of those countries whose beauty can truly be unlocked with an open mind, without juxtaposing it to others. Because it promises Eastern Europe beauty aplenty: old market squares, Gothic castles, nearly-millennium-old architecture, tranquil lakes and stunning nature that has somehow managed to remain untouched for centuries (yes, even during the war), memorials, historical tenements, you name it. It’s attractions galore.

In fact, it somehow feels incomplete to bypass this intriguing country when on an Eastern European exploit. There is a whopping lot to do on your visit to Poland.

Get a feel of the Middle Ages in Krakow

You see, there is a reason why Krakow remains one of the most popular cities in Central and Eastern Europe. In fact, it is the only stop for many visitors to Poland. And understandably so.

This is one of the very few cities in the region that survived wartime destruction. This is where you’ll find the largest medieval town square in the entire Europe, the Rynek Glowny, a befitting 16th-century royal capital in the Old Town that has remained intact to date. The spectacular St. Mary’s Church (Bazylika Mariacka) is a must-see, a cathedral rebuilt in Gothic style atop its old ruins following Tartar raids in the 13th century. So is the Cloth Hall, one of the world’s oldest shopping malls that’s been in existence 700 years.

The hypnotic Old Town, a UNESCO World Heritage Site, is one of those places that invoke feelings of mortality, reminding us that we are part of something greater than our current individual selves.

Witness the Atrocities of Auschwitz-Birkenau

Poland was transformed into an atrocious killing field for Jews and other groups like the Roma people and Polish resisters by Hitler’s army in WWII. And it was at Auschwitz-Birkenau that the most despicable of the extermination camps stood. 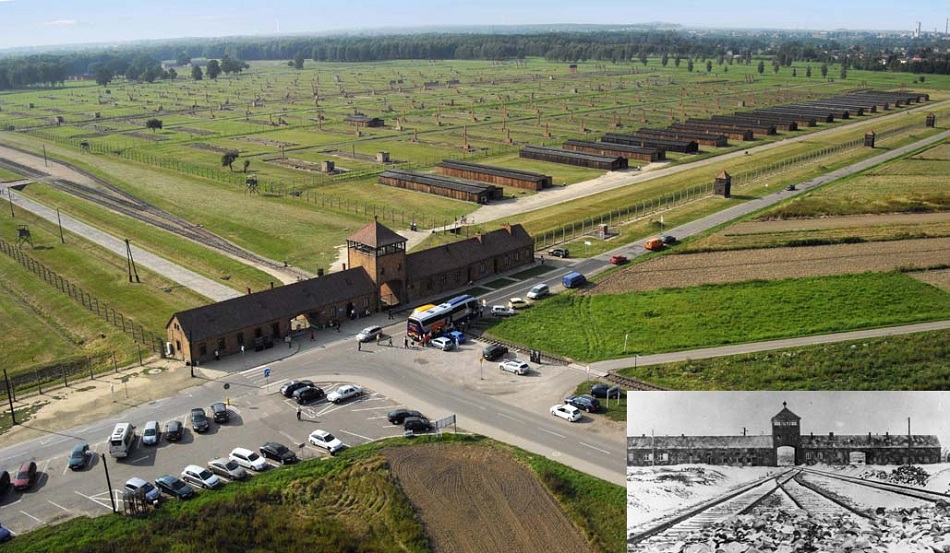 Now a memorial and museum, the harrowing and thought-provoking Auschwitz-Birkenau is 70km southwest of Krakow, and you can witness the horrors of the ‘Final Solution’ in the buildings of the infamous death camp. 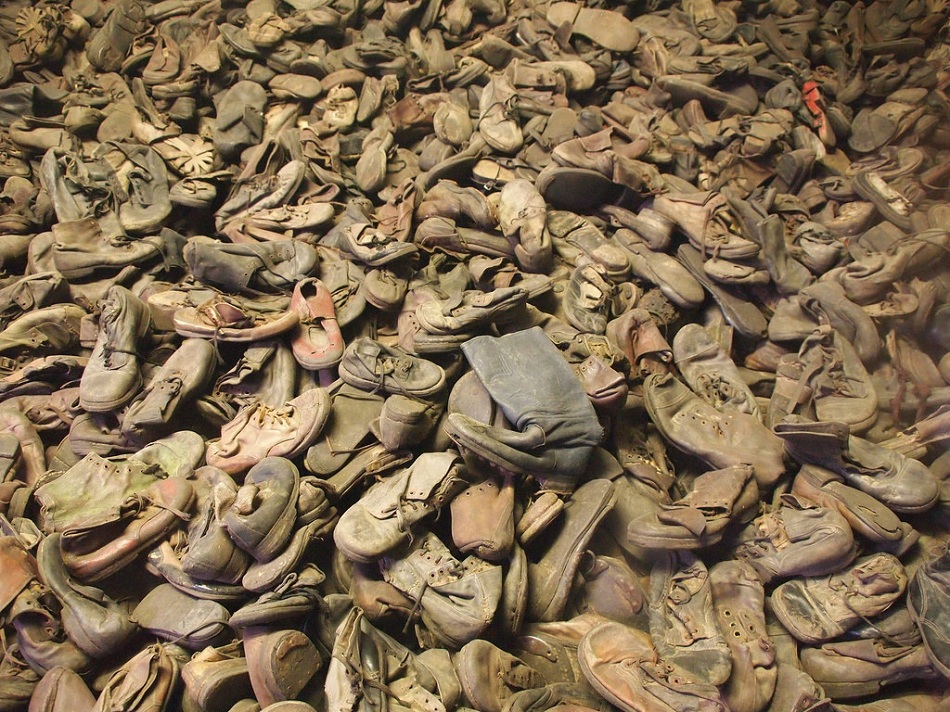 Descend into the Underground Salt Mine

Wielczka Salt Mine it’s called, a Polish monument of material and spiritual culture on the UNESCO list.

The fascinating and bizarre attraction is one of the oldest companies in the world that remained in operation for a dumbfounding eight centuries – from the 13th century up to 2007. Explore its underground statues, chambers and corridors – a cathedral even! – carved out of nothing but rock salt.

Set foot inside the Malbork Castle

Another UNESCO-protected jewel that holds the mantle for largest castle in the world by surface area.

The Malbork Castle was built by the Teutonic Knights as an impenetrable fortress, a religious order of crusaders for the German Roman Catholic with a particular zeal for slayin’ and convertin’. They called it Marienburg instead of Malbork, just in case you hear the name. Its history is one of glory and terror and feels like a trip back to the medieval times as you set foot inside the chambers that served to entertain friends (and poison enemies).

Check out the Palace of Culture and Science

This may not be the most attractive or dearest of monuments in Poland, but the Joseph Stalin Palace of Culture and Science is worth a look.

The gift from the USSR to the Poles was central Europe’s tallest skyscraper when it was completed, and it still holds its own to date. The richly-embellished Palace christened by the locals as ‘an elephant in lacy underwear’ came close to demolition when the Berlin Wall fell in 1989, and today serves multiple purposes including serving as a venue for international conferences and housing an exhibition centre.

Its observation deck offers sweeping views of the entire capital.

Stop over at the Wawel Royal Castle

You haven’t been to Krakow if you haven’t taken a tour of the Wawel Royal Castle. 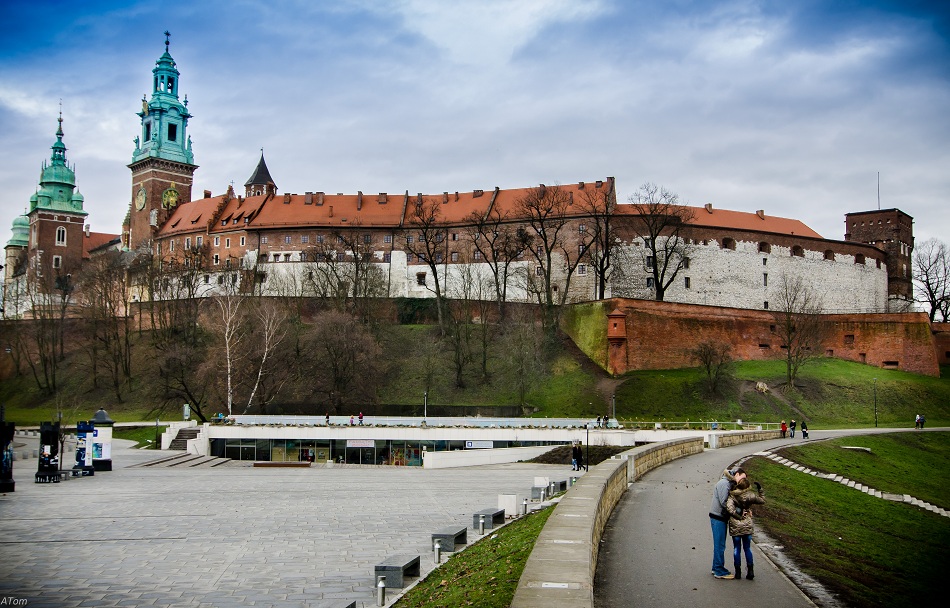 Polish royalties stretching from the eleventh to early seventeenth century resided on this magnificent complex that was testimony to the city’s excellence and image before the capital was moved to Warsaw by King Zygmunt III.

It’s the most visited castle in Poland and the intrigues are baffling.

You would expect a national park in Poland to be a natural wonder, and natural wonder is what you find at the Tatra National Park which acts as a safe haven for the most natural, most precious Polish riches.

With its HQs in the vibrant town of Zakopane, the park is a potpourri of natural phenomena including Alpine mountains (the only ones of their kind), impressive lakes, magical streams, and flora and fauna in abundance.

And speaking of parks…

Spend some Time in the Lazienki Park

The Lazienki Park, which borrows its name from the Palace on the Water, was originally established as a bathhouse back in the 17th century. It is speckled with palaces, mansions, lakes, theatres, restaurants and cafes and easy to lose track of time as you get absorbed in it all.

Enjoy some recitals from Polish pianists, or ride a boat as you feed the swans on a hot summer day; probably marvel at the beauty of the peacocks.

Start your day with an invigorating hike on any of the marked trails crossing through the Tatra National Park. They are colour-coded based on how active and adventurous you feel.

The early mornings are best before the masses are up; plus they provide for one of the most serene silences of a rustic nature.

Go Rafting in the Dunajec River

The Dunajec River is set among limestone cliffs that dip into the waters in a region that promises much more than just rafting in terms of natural splendour.

The river weaves effortlessly through a ravine in the rocks, past abundant flora, as you take in the magnificent highlight sights, capped off by the sight of the Niedzica Castle that looms over a colossal water reservoir and dam.

Marvel at the Panorama of Raclawise Battle

Located in Wroclaw – the city of one hundred bridges, a marvel in itself – the mediocre gray rotunda plays host to thousands of visitors each year who come to witness one thing only: the mammoth panoramic painting portraying the Battle of Raclawise that went down during the Kosciuszko Uprising.

You don’t need any background information to be amazed by the painting that measures 120m by 15m, whose various scenes are enriched with artificial terrain and dramatic lighting (top-most image).

Take a Tour of Warsaw’s Museums

Poland is known for its high-tech museums, and some of the best you’ll find in Warsaw.

Some to keep an eye out for include the Warsaw Rising Museum that depicts the city’s 1944 tragic uprising against the occupying Germans, complete with a range of light, sound and video; and also the Museum of the History of Polish Jews which traces the 1,000-year history of the Polish Jews.

Nestled between the town of Leba and the village of Romy is Slowinski National Park, a UNESCO World Biosphere Reserve.

It preserves a gorgeous section of the Baltic coast and Slowinski Sand Dunes which move with the wind and tide.

Descend into the Bear Cave in Kletno

Locally known as the Jaskinia Niedzwiedzia, the cave is the largest and most spectacular in the Sudety Mountains. It was encountered by luck during marble exploitation and has become a huge tourist draw due to its water formations that are on a perennial growth: underground rivers and waterfalls, high chambers and vivid stalagmites and stalactites that will leave you dumbfounded. 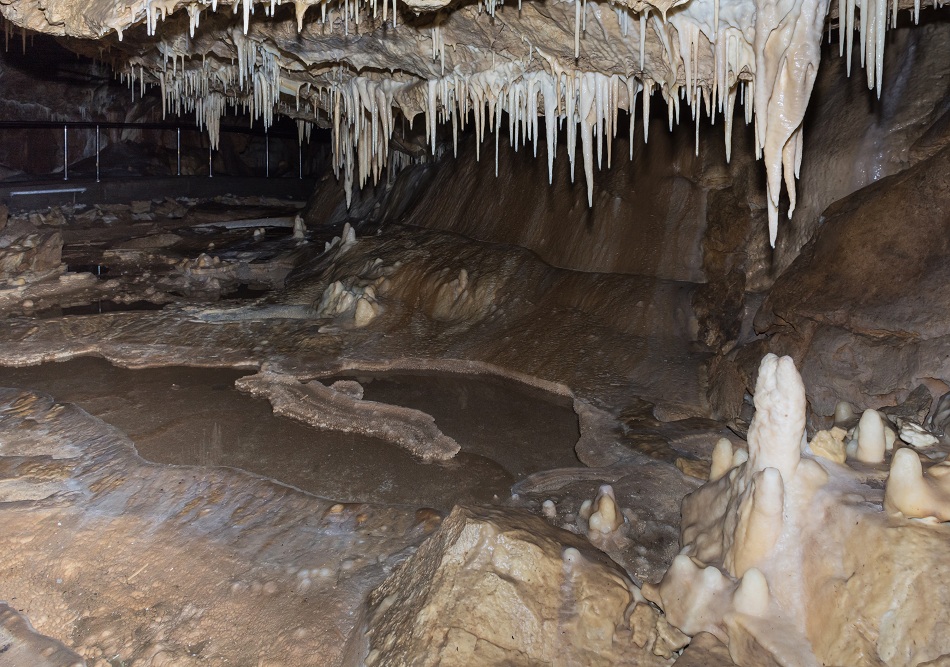 It’s named after its chief host, the bear, remains of which are housed in the museum inside alongside those of other Pleistocene cave animals that include deer, lions and hyenas. 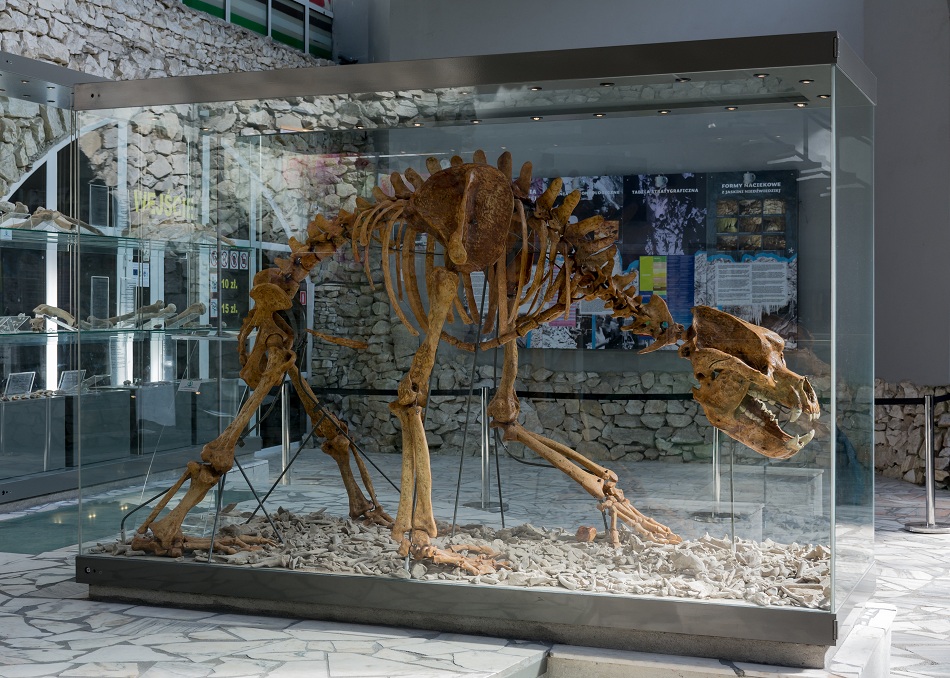 Indulge in some Polish Delicacies

One of the best ways to experience a different country is by taste-testing its local cuisine.

Go ahead, indulge yourself in whatever you can lay your eyes on. Some Polish delicacies you might want to try out include a traditional meat stew called bigos, Pierogi which is basically a serving of dumplings comprising a range of savoury meat or sweet fruit, and the kotlet schabowy, potato dumplings and breaded pork.

And of course, don’t forget to waste yourself on some of Poland’s famous cheese cake, the Sernic Babci.

While you are at it…

Sample some Authentic Eats at a Bar Mleczny

A bar mleczny is a traditional milk canteen that serves authentic home-cooked polish cuisine. The concept was introduced to allow Polish workers access to affordable state-subsidised food, and it caught on after the Second World War when communism and the welfare state ruled Poland.

The informal service style borders that of a school or workplace canteen where you pay at the till and wait for your order by the counter. They mostly serve hearty varieties of dairy-based dishes (hence the name), but over time the menu has grown fatter.

Poles love their vodka, it’s no secret. And they have some pretty good ones too. Top drawer. The clear Belvedere and Wyborowa, for example, both best enjoyed neat and icy.

But what else Poles love is to experiment. So you’ll find other spectacular brands like the Zubrowka, a rye-based vodka flavoured with bison grass and best enjoyed with apple juice. Or the Wisniowka, a sweet cherry-flavoured brand that you can easily over-indulge in.

Stay at an Old Lady’s House

This is an endangered Polish tradition that may be going extinct. Back when tourist infrastructure was in short supply in Eastern Europe, many countries encouraged their people to rent out a spare room to visitors. It’s an uncommon tradition you may be lucky to stumble upon in the small towns, and you may know it if you encounter old ladies at the train station with signs that say ‘room’ in multiple languages.

If there are ways to look at a country’s ‘real’ life in untinted lenses, something we don’t often get during our travels, this has to be it. Nothing fancy. Just a pure, authentic cultural experience. Ah.

It may not be the easiest village to track, but once you do, you’ll appreciate the aesthetic element and intimacy of the village of Zelazowa Wola. 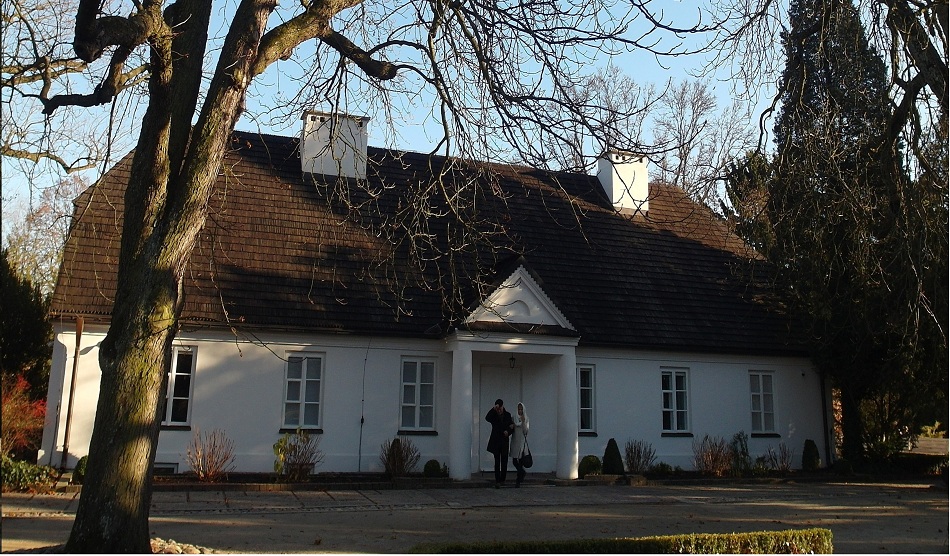 It is here that Chopin’s Manor House lies, the birthplace of Fyrderyk Chopin. The One.

Hike, Bike or Ski in the Carpathian Mountains

Poland is a flat country. Until you reach the far south where you will encounter the Carpathians, mountain ranges that extend the length of the Polish border from Germany to Ukraine.

For mountain biking, head out to the Karkonosze in the southwest. For skiing, few can beat the Zakopane range at the foot of Tatras south of Krakow. The isolated Bieszczady in the extreme southeast is a hiker’s dream.